The challenge of combining several strategies

To ensure competitive advantage, firms focus their actions on specific strategies, and commit themselves to their pursuit in the long run. Business philosophies of companies can be described with the help of strategic orientation governing their actions. Two orientations have received the most recognition among management scholars – entrepreneurial orientation and market orientation. Entrepreneurial orientation has to do with proactive pursuit of risky innovations. Market orientation deals with being receptive and responsive to new market trends and careful coordination of firm activities to harness the emerging possibilities. Recently, arbitrage orientation, a novel form of strategic orientation, has been suggested by the researchers to explain firm actions aimed at the pursuit of the more “trivial” opportunities. Arbitrage orientation captures firm’s commitment to identifying and exploiting market inefficiencies, and it may manifest in the classic “buying low and selling high” operations or in the imitation of novel ideas first offered by someone else. Most firms actually pursue opportunities of this relatively trivial kind and cannot be called innovators in the grand sense with a straight face.

All of these orientations have a positive effect on firm performance. At the same time, for firms that want to build a truly defensible strategy, submitting to a single orientation logic may not be sufficient, suggests Sergey Anokhin, an Entrepreneurship Professor at Kent State University. Competitive advantage often requires building unique resource and capability combinations, so it may be desirable to manage firm’s strategic orientations as a portfolio. Yet, combining orientations is challenging, and researchers have documented that trying to pursue entrepreneurial and market orientations simultaneously may actually be detrimental for firm performance. With the novel arbitrage orientation being added to the strategic toolkit of decision makers, the problem of combining different strategic orientations in a single portfolio becomes all the more important.

The intuition behind the study 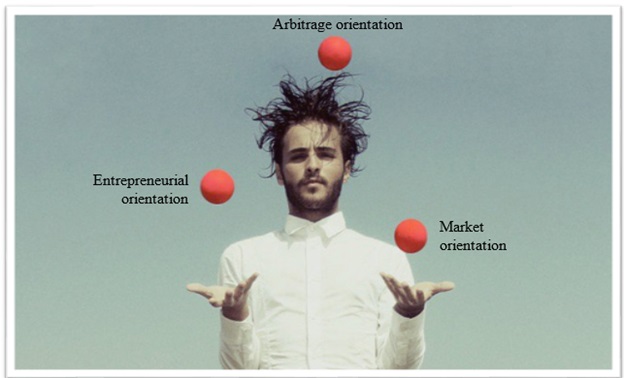 ALSO READ:  Website Colors Can Affect Conversions - Here Is What You Should Know!

The study offers novel insights for decision makers at the level of individual firms. To ensure a windfall, it is a good idea to think of various strategic orientations as a portfolio that the firm builds over time. Not all portfolios are created equal. Certain orientation combinations are clearly beneficial to the firm, while others are detrimental. It is possible that with sufficient cushion of unused slack resources the firm may be able to effectively combine all three orientations, but for a typical firm the best strategy by far is investing in combining entrepreneurial orientation and arbitrage orientation.

4 Unexpected Ways Allowing Your Employee To  Work Externally Can Be A Great Booster For Your Business
Know How Citibank Cashback Or Other Bank’s Credit Cards Beneficial For You?